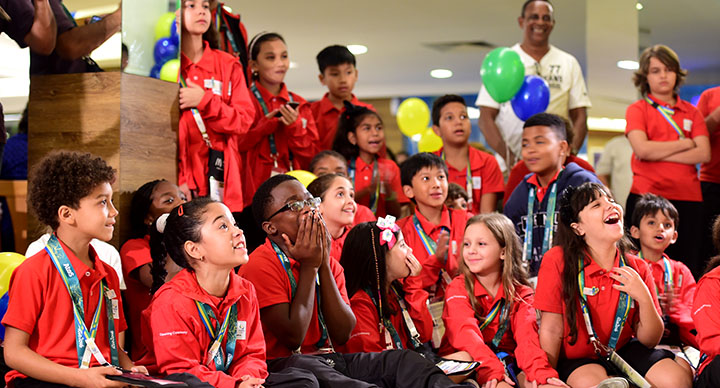 100 kids from countries that include Argentina, Australia, Brazil, Canada, Chile, China, Costa Rica, France, Germany and Guadeloupe got a once-in-a-lifetime, and first-ever, opportunity to participate in the Opening Ceremony at the Rio 2016 Olympic Games via McDonald’s Olympic Kids programme.

McDonald’s association with the Olympics Games started in the year 1968 when McDonald’s airlifted hamburgers to U.S. athletes in Grenoble, France, who were homesick for McDonald’s food. Ever since, McDonald’s has served millions of athletes, their coaches, families and fans during various Olympic Games.