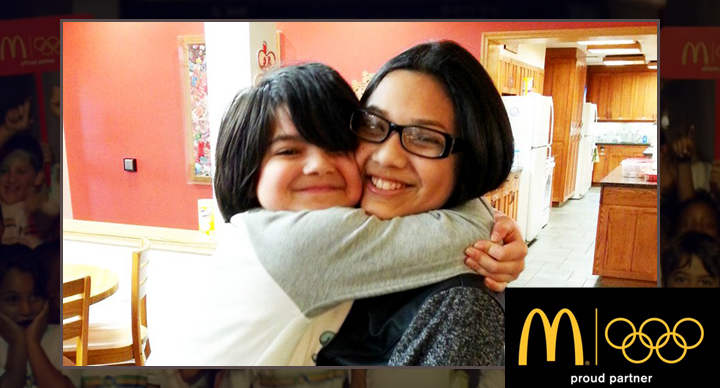 More than a year ago, Kenya Delgado, 9, and April Borjas, 12, first met at a Ronald McDonald House. Kenya was there for her brother Anton, 5, and April was there for her newborn twin siblings who needed long-term care at the hospital. Drawing strength from each other, the girls soon became best friends.

The two girls are now being sent by McDonald’s U.S.A. to participate in the 2016 Olympic Games Opening Ceremony. It was April who first came to know about the trip and told Kenya over a video call that they were going to Rio together!

During their stay at RMHC, the girls participated in various activities that were organised at the House. The fact that they were both going through hardships of their own brought them closer.

“They would do collages, they went to sibling camp together, they went swimming all the time,” said April’s mother Josie.

“Our kids don’t look back on it as a horrible experience,” said Kenya’s mother Vanessa. “They look at it as some of their favourite things they’ve ever done.”

Kenya and April are part of the global McDonald’s Olympics Kids Program, in which about 100 children are being sent to attend the opening ceremony of the Olympics.