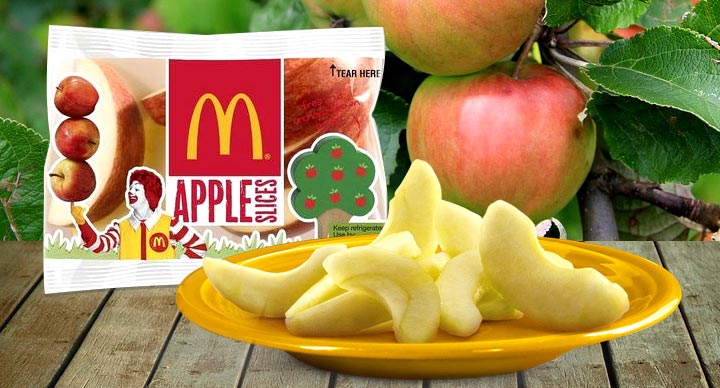 America’s sliced apple consumption has tripled in the last decade. And experts say it’s McDonald’s that is one of the major reasons behind this.

Roll back to 2004. That was the year when McDonald’s introduced sliced apples in its menu for the first time. In 2012, McDonald’s started serving apples as part of Happy Meals, while earlier the fruit was only served optionally.
Washington Post reports that apple consumption increased by 13 per cent in the United States since 2010, attributing the rise to the involvement of McDonald’s.

It all started three years ago at Cornell University’s Food and Brand Lab when a group of researchers figured out that many of the apples that were served as part of the National School Lunch Program ended up in the trash-can precisely because the fruit was served whole, not sliced. This led to a series of studies which eventually deduced that apple consumption was 70 per cent higher in schools that served sliced apple.

After a lull of decades, the apple industry saw consumption reaching 17.4 pounds per capita, all thanks to the turnaround brought about by sliced apples. The figure continues to grow as it is estimated that one in every 20 apples are sliced.