Search
Home > Sunrise Hash > The Making Of A Happy Meal
By McDonald's on October 19, 2015 Sunrise Hash 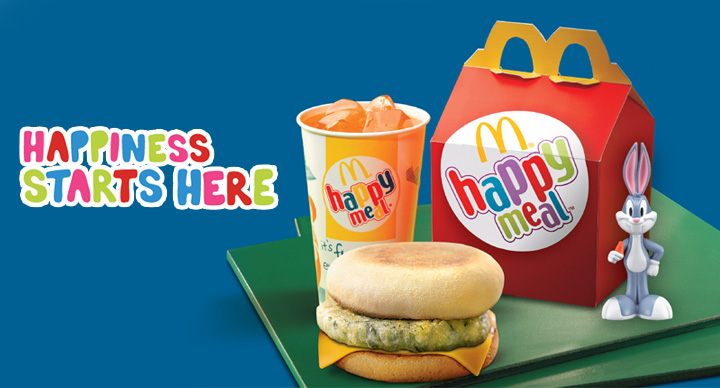 Yolanda Fernández de Cofiño started working at a McDonald’s, in Guatemala with her husband in the mid 1970’s. While serving at the restaurant she came up with an innovative idea which she called the “Menu Ronald”. The Menu Ronald was a complete meal which consisted of a burger, small fries and a small sundae. The meal became very popular and word of it reached McDonald’s management in Chicago.

To develop the concept further Bob Bernstein of Bernstein-Rein Advertising was called in. Bernstein improved upon the idea and packaged the meal in a box and so, the Happy Meal was born. In October 1977 the Happy Meal was introduced to the Kansas City market with television and radio features. The first Happy Meal had a circus-wagon inspired design and came with a burger, fries, cookies and a soft drink, although the most significant addition to the meal was a toy.

The toys became more elaborate and attracted kids as well as collectors from all over the world. David Bracken, the vice-president of the McDonald’s Collectors Club started his collection in 1993 and has over 4500 Happy Meal toys.