Search
Home > Coffee Tales > How India Got Its First Coffee
By McDonald's on September 3, 2015 Coffee Tales 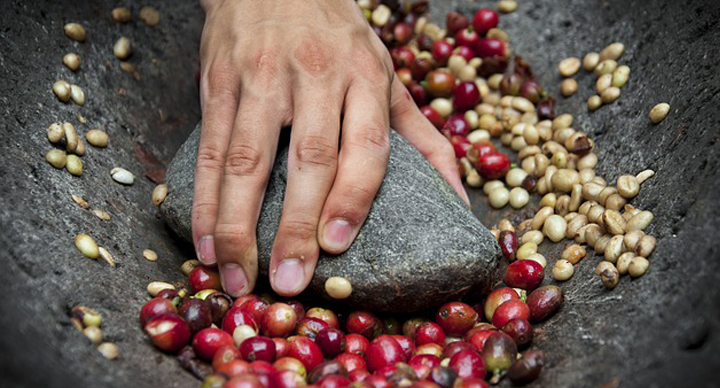 Baba Budan, a 16th century Sufi saint, embarked on the religious Haj but little did he know that he would have a life altering experience while on his journey. While visiting the port city of Mocha in Yemen he chanced upon a divine concoction. The intense and flavorful drink struck a chord and Baba Budan resolved to bring it back to India. Coffee, in those times, was a protected commodity that was baked and roasted before export so as to discourage cultivation outside Yemen. Right under their watchful eyes Baba Budan managed to carry 7 precious beans, strapped to his chest, which he planted and raised in Chikmagalur, Karnataka. This marked the beginning of the coffee saga in India.

Along with colonization came the increase in coffee plantations. The Dutch planted coffee all over the Malabar region and the British regulated the coffee business by setting up Arabica plantations throughout the hilly regions of South India. The locals quickly took up the business and it spread to the Nilgiris, the Munnar region and even some parts of Andhra Pradesh and Orissa. Coffee became so popular that today coffee is to South India what beer is to Germany.

Post a major setback during the Great Depression and World War II, coffee trade was brought back on track by the Coffee Board. They provided exporters with funds and bought surplus from various plantations to pool the produce. Production was successfully revived after India’s liberation and producers were given the freedom to sell their produce as desired.

Presently, Indian producers boast of 16 varieties of coffee that are sourced from 13 regions across India. Georgia Gold, a medium-dark blend of Arabica and Robusta beans, is one of the most widely consumed varieties. It is a product of the Coca Cola Company and it is behind the rich flavor of the cappuccinos and lattes at the McDonald’s McCafe’s. Refreshing cold coffee and iced tea premixes are also part of the offerings. Take a journey into the history of coffee while enjoying your favorite cuppa at the nearest McCafe.