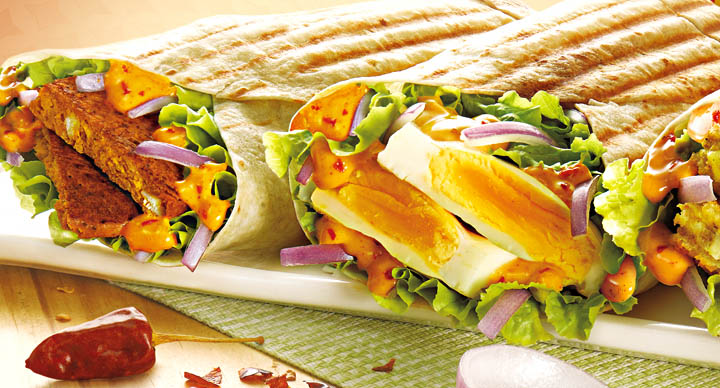 On days we are hard pressed for time, a wrap with fillings of exactly our choice sounds like the best food option. Around the world, hundreds of kinds of wraps are sold every day. But how was this convenience food invented?

The humble wrap was first served in 1980 as a substitute to a turkey club, and was temporarily called Club Mex. Invented by Bobby Valentine, a Baseball manager and owner of Sports Gallery Café, the modern-day wrap is nothing short of a revolution in sandwiches.

In an interview with The New York Times, Bobby Valentine remembers the day he made the first wrap when one of his regulars wanted a turkey club and the toaster was broken. “I was cooking and I looked over at the tortillas that were sitting there. I grabbed one and put all the ingredients of a club sandwich into the tortilla. I rolled it up and I melted a little cheese on the top to keep the tortilla from opening up. And I said: ‘Tell him, we don’t have club sandwiches today but this is a Club Mex’” he says.

Besides Bobby Valentine, there are some other claimants for the invention as well. Though people across the globe have been eating something similar to a wrap for a hundred years now, Valentine’s claim is that it was the first time someone put sandwich ingredients inside a tortilla. Popular fillings for a wrap include chicken, eggs, mushrooms, tomatoes and lettuce. Burritos, Dürüm, egg rolls, Kathi rolls are all different versions of wraps.

At McDonald’s though, there are three very saucy, very filling wraps on the menu – Spicy Paneer, Grilled Chicken and Spicy Chicken. These wraps are filled with crispy lettuce that gives the handheld dish its freshness. The sauces add just the right amount of zing to the flavor along with serving the purpose of holding the wrap together.

As per McDonald’s staff, wrap is a tricky menu item to put together. But once rolled and served, it is the best food to eat on the go. “It is crunchy, juicy and filling,” customers say.