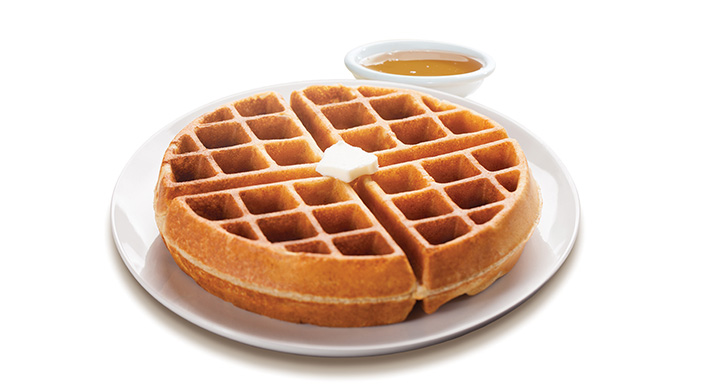 They say one eats with their eyes first; something that looks good, tastes good even before it is eaten. With waffles, however, one eats with the nose first. The appetizing, heavenly smell of waffles can stop even the most satisfied, just-had-a-meal souls in their tracks.

About waffles, author Lauren Myracle once wrote that they are perfectly capable of making anyone happy. “You should eat a waffle! You can’t be sad if you eat a waffle,” she said.

However, as is the case with many popular food items, little is known about the origin of  the waffle. The very first waffle is believed to have its roots in Brussels, as Belgian waffles were first mentioned during the 9th and 10th centuries. It was in the early 19th century that many Belgian families started opening booths outside their homes to sell waffles. Soon, the breakfast dish was reproduced in many other countries.

Waffles and pancakes are often clubbed in the same category, with common ingredients like flour, eggs, butter etc. needed to make both. But make no mistake, the two breakfast items not only look different but taste really different from each other.

In India, waffles made a late entry. But keeping pace with the evolving tastes and preferences of today’s customers, breakfast menus in the country are expanding to include food items from across the globe; waffles are one of the best things that have happened, as a result. In India, people usually like to have it for breakfast or as a dessert. Though they are not readily available everywhere in the country, things are changing.

So in case you have not explored these Belgian delights yet, rush to your nearest McDonald’s restaurant in Mumbai between 7 and 11 AM, because there is no harm is starting your day on a delicious, sweet note, is there?