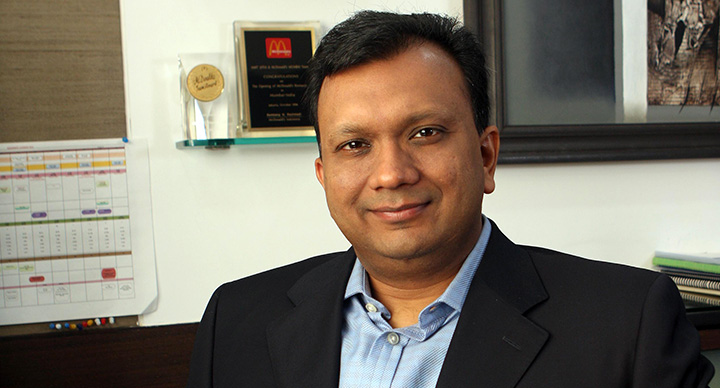 McDonald’s India (West & South)’s Vice Chairman Amit Jatia is upbeat about the newly launched Dosa Masala Burger and expects it to taste the kind of success that McAloo Tikki Burger did.

The launch of the Dosa Masala burger had generated huge response on social media, which was of mixed variety. However, after the initial brouhaha, the response to the actual dish had been positive and outstanding, said Jatia.

Most bloggers had appreciated the innovative streak evident in the launch of the Dosa Masala Burger as well as the Masala Scrambled Eggs. He said the authentic taste of the Dosa Masala inside the burger had wowed the customers, who were also pleasantly surprised to find the Masala Dosa taste at their favourite McDonald’s.

Jatia said the present experience with the Dosa Masala burger reminded him of the customers’ appreciation of the authentic aloo tikki flavour back in 1997-98, when McDonald’s India had launched the now-famous Aloo Tikki Burger. Remarking that the McAloo Tikki Burger had become “a cult in the burger business,” he added that he hoped the Dosa Masala burger, along with the Masala Scrambled Eggs, would do the same for McBreakfast.

He also described that Breakfast was a long-term strategy for the company; the main idea was to provide breakfast on the go to busy customers, especially in a city like Mumbai whose citizens set out early from home to work.

Tracing the genesis of the launch of the new McBreakfast menu, Jatia disclosed that it had been created on the basis of customer feedback and learnings therein. He described the new menu as healthy and wholesome, and almost entirely grilled (except for the hash brown).

Now, the restaurant hopes to double its Breakfast sales over the next two years. “In the long-term, I expect breakfast to be as strong as lunch, which is really strong for McDonald’s India,” he added.

“Globally, breakfast is a very important part of the McDonald’s menu and in India too, we have introduced breakfast. But this is the first time that we have completely reinvented the menu,” summed up Jatia.