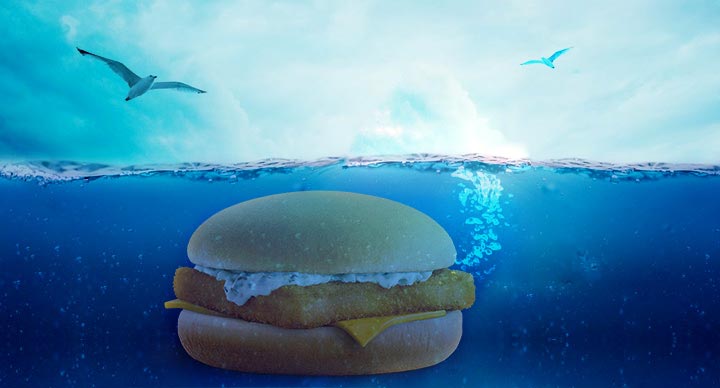 Filet-O-Fish is almost like simplicity in a burger box: It’s just fish fillet, a slice of cheese, and tartar sauce between two steamed buns – simple things that create a best-selling item!

But how did this best-selling item come into existence? In the case of Filet-O-Fish, necessity was the mother of invention. During the 1960s, Lou Groen, who owned a McDonald’s in Cincinnati, USA, observed that people were not eating meat on Fridays during Lent. So, he decided to come up with a burger that had fish in it. Once he had the recipe in place, he went to the McDonald’s headquarters but Ray Kroc didn’t buy his idea, at first. Ray had thought of his own meat-free burger – a burger with a slice of grilled pineapple and cheese, named the Hula burger. But when both the products were tested at selected restaurants, Groen’s burger was a clear winner. They sold 350 Filet-O-Fish burgers as compared to only six Hula burgers.

One customer said, ‘I like the hula, but where’s the burger?’

Today, Filet-O-Fish is sold all over the world and the popularity is only increasing with every passing day. In India it is also the only burger which has the same recipe as that at international outlets. In many Indian states, fish is loved as much as chicken if not more. Hence Filet-O-Fish, being the only fish burger at McDonald’s, was bound to strike the right chord with people.

The fish that goes into Filet-O-Fish in India is sourced from Kerala, owing to the abundance of good quality fish in the state. Kochi based Innovative Foods Ltd (IFL) is one of the main suppliers of the fish patty to McDonald’s India (West & South).