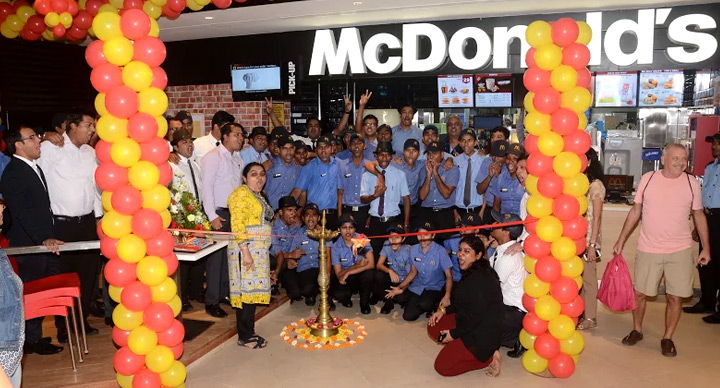 Now, bite into your McDonald’s burger and raise a toast with a pocket full of fries at Goa – because McDonald’s is now open in the state! The first restaurant is located at Mall de Goa, on the NH17 highway in Porvorim. Spread over 1090 sq ft, this is McDonald’s 240th restaurant in West & South India.

What makes this restaurant very special for McDonald’s is that the clientele is going to be the world’s travellers, many of whom would have tried out a McDonald’s in their part of the world. And then, there is the very discerning local community with a history of cuisine that is deeply local but is born from the tastes brought by seafarers and travellers.

As the Guardian had noted, “Goan cuisine has been influenced by an exotic blend of sea, spices and foreign invaders – first the Portuguese, then the hippies and lately food-savvy travellers – which means delicious Indian snacks, fantastic fish and modern fusion are all on offer.”

Into that medley steps in McDonald’s with its well-loved range of products, adding to the mesmerising and mouth-watering complexity of Goan cuisine. As Ranjit Paliath, Vice President, Business Operations, McDonald’s® India (West & South) says, “Our customers in the state of Goa have a strong appreciation for food and we believe we can create a unique destination between home and work where they can relax, enjoy, share and discover McDonald’s world famous signature burgers and fries with friends and family.”