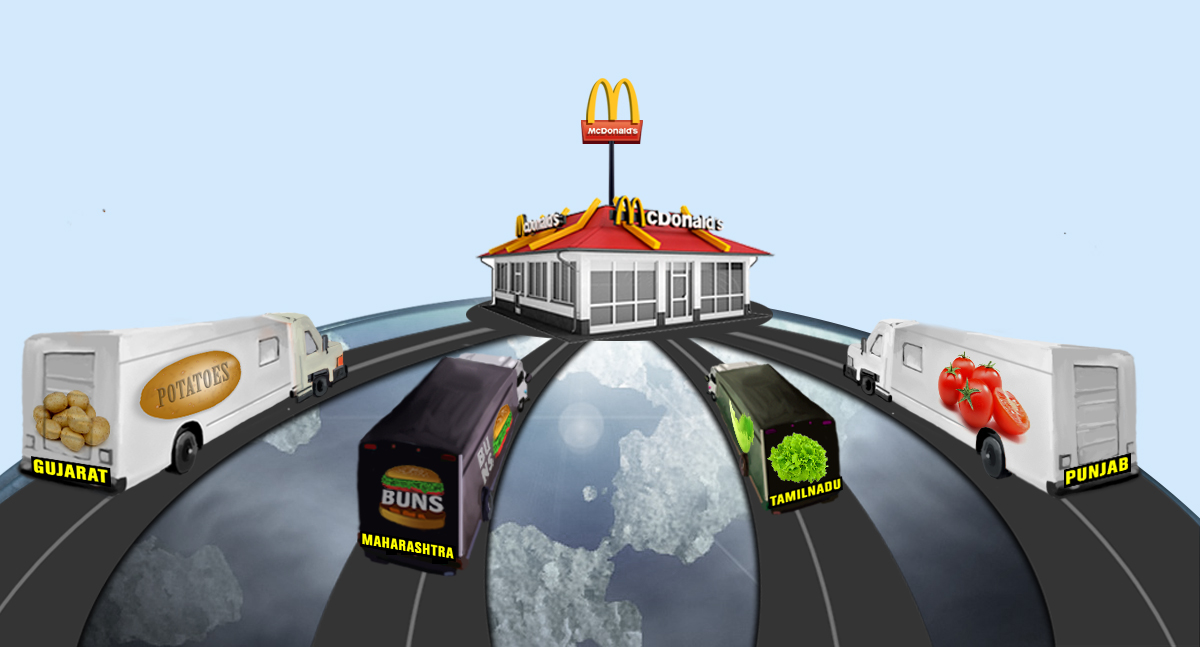 Hari, a potato farmer from Gujarat’s Banaskantha District has been growing the humble vegetable for more than two decades now. His father was a potato farmer as well. So Hari can tell you that his village knows potatoes like no one else. But he also adds that it was not until the late 90s when he and his other farmer friends first came to know about scientific farming. That was the time when McCain, McDonald’s local partner started working on potatoes in Gujarat.

Before launching their first restaurant in 1996 in Mumbai, McDonald’s had to develop a supply chain that matched its international standards. The choice was simple: to either import food products already aligned with the demanding McDonald’s standard or to start building relationships with local vendors who could produce every ingredient right here, in India.

Even though localization came with its own set of challenges (many of which had never been earlier handled by Indian food industry), a 25-year-old Amit Jatia and his partners decided to outline a whole new eco-system of local suppliers.

Their ambitions spanned from Ludhiana to Nilgiri hills to Mehasana in Gujarat. Those were the days when local vendors did not have much idea of international QSR chains and were barely ever exposed to things like system driven quality discipline. Therefore, things were started from a scratch. In times when chicken farming was nothing more than an unorganized occupation under small business category, better feed for birds were introduced and veterinary doctors to inspect bird raising practices were engaged with. Even the eggs were washed and cleaned and sterilized and coated. Vegetables like lettuce which were mostly imported before were now all set to be grown in south India.

Not just that, product delivery system went through an overhaul as well. Multi temperature trucks and thermal blankets were introduced and multi-temperature product storage warehouses were set up.

Over the last twenty years, McDonald’s through its suppliers, has invested over 1,000 crore towards building its supply chain capacity. McDonald’s sources over 90% of its requirements, including equipment and more than 95% food products and ingredients from its vendors across India.