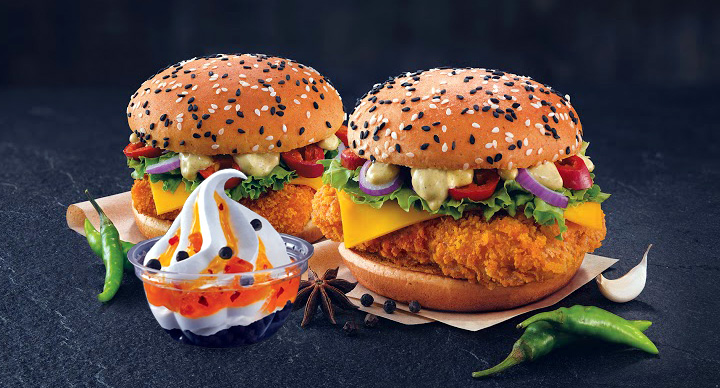 The Battle of Spicy has begun! Have you taken part yet? If yes, then you know how high the heat is soaring. If no, here are some reasons for you to dive in right away.

Two camps led by McSpicy and Indi McSpicy are up against each other and their fate lies in your hands. On one side is the reigning champion McSpicy with its, crunchy lettuce and fiery tandoori mayo, sandwiched between sesame seeds toasted bun and on the other is the rookie Indi McSpicy with a layer of creamy ‘hari-mirch’ sauce along with sliced onions, red paprika, lettuce and a slice of Cheddar cheese in a masala bun with black and white sesame seeds. Both contenders have paneer and chicken variants.

Talking about the consumer insight behind the launch of Indi McSpicy, KedarTeny, Director-Marketing and Digital, McDonald’s (West and South) states, “Our McSpicy range does not have customers; it has a strong fan following. They are die-hard loyalists who come to the outlets only to have a McSpicy. Indian customers have a higher affinity towards local spices and the use of robust and full-bodied flavours. They like it hot and spicy. Hence, we want to augment the spicy portfolio to attract new customers.”

Will the newcomer with an Indi twist lay claim on your taste buds, or will your loyalty lie with the original? Cast in your votes and play a part in choosing the victor: https://www.battleofspicy.com