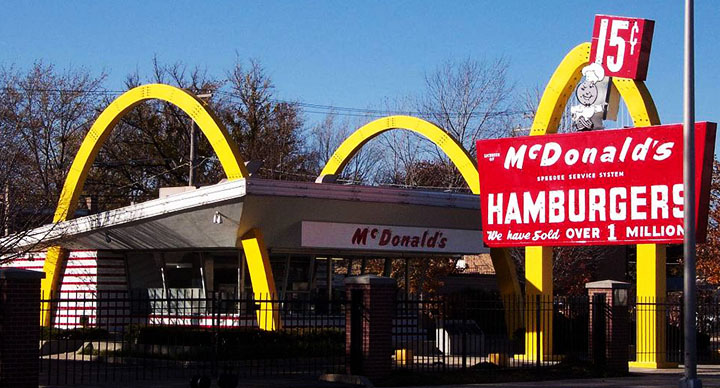 During its early days, McDonald’s was actually a barbecue joint owned by Richard and Maurice McDonald. But it was, Ray Kroc who made the restaurant chain into the brand we know today. It is this legacy that the McDonald’s First Store Museum in Des Plaines, Illinois captures to pass on.

The McDonald’s restaurant where the museum is housed was in fact the ninth in the company’s history, but it was the first one to fully represent Kroc’s fast food vision. With a huge sign bearing the original mascot, “Speedee”, the iconic building was meant to be a place where drivers could stop by for a quick bite to eat. The original restaurant opened in 1955 and featured a number of period flourishes including the now iconic golden arches.

The McDonald’s museum has a pristine time capsule with mannequins working behind the spotless grill, dressed in the original 1955 uniform. The “Speedee”road sign is original, the customer service and food preparation areas contain original equipment used in the days when potatoes were peeled, sliced, blanched and fried; milkshake mix and syrup were whipped up on the multi-mixers. The museum does not serve food, but given McDonald’s pervasiveness, it is unsurprising that there is a fully-functioning franchise location right across the street.