Search
Home > What's Hot > And This Is How The McSpicyPaneer Came About
By McDonald's on June 27, 2016 What's Hot 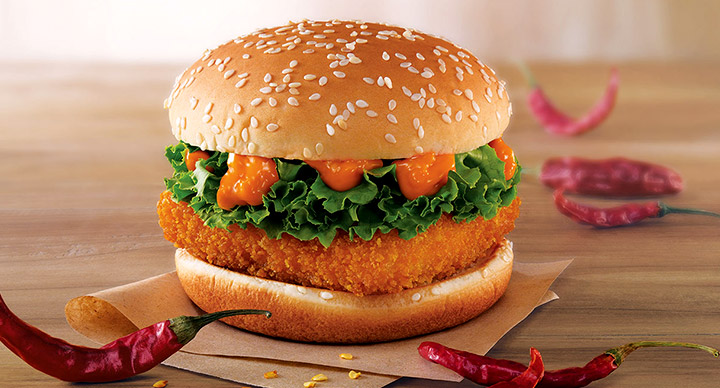 What makes the McSpicyPaneer a tantalizingly sought after veg burger in India? Sure it is the balanced blend of freshly baked bread and the tender and soft crispy coated paneer, but there is more.

It’s Indians’ love for paneer which McDonald’s tapped into when the paneer burger was created.

The challenge was that there wasn’t anyone who had tried to create a large scale paneer burger when McDonald’s started mulling a McSpicy Paneer in 2009 to offer as a premium vegetarian product.

Before that, McDonald’s served paneer in the form of McCurry Pan, a combination of crumbled paneer nuggets. As customer feedback showed an increase in demand for a large slice of paneer filling, it prompted McDonald’s to introduce McSpicyPaneer in its menu.

Little information available on paneer processing in India meant that McDonald’s had to embark on a tough journey to mass-produce a spicy paneer ‘fillet’ that would make just the right filling for the burger.

The first step was to create something new to replace crumbled fillings inside the burger. This led to experimenting with a few options, such as having chutney in between two thin slices of paneer or a stuffing of spices in the paneer at the processing stage.

However, it was ultimately the spicy, breaded paneer fillet that gave the perfect feel, taste, flavour and texture that struck a chord with the customer.

And this is how the McSpicy Paneer found its way into McDonald’s bestsellers.